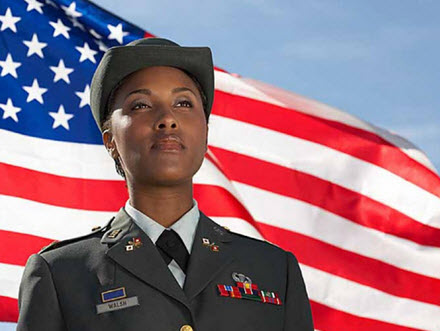 In the United States, a VA loan is a mortgage loan guaranteed by the United States Department of Veteran Affairs (VA). The loan is normally issued by a private lender, but the VA department is allowed to make direct loans in certain areas.

The VA guaranteed loan was created to make it easier for U.S. military veterans to obtain mortgage loans. Another benefit of this loan is that it makes it possible to purchase a home without first saving up for a down-payment.

Applying for a VA loan

There is an area-based cap for how big a VA guaranteed loan can be. The level for this cap varies from one area to another based on market prices for homes in the area.

The cap for a VA loan is 103.3 percent, based on purchase price or reasonable value, whichever is less. The reason why it is 103.3 percent and not 100 percent is that you can borrow money to cover the mandatory funding fee.

A veteran receiving 10% VA disability or more does not pay any funding fee.

What can I use the loan for?

After the Great War of 1914 – 1918, the confusion concerning availabe benefits (or the lack thereof) for returning war veterans became a hot potato in U.S. politics, and towards the end of the World War II those in power were eager to avoid a repeat of that scenario.

The Servicemen’s Readjustment Act of 1944 (P.L. 78-346, 58 Stat. 284m) was established to help World War II veterans return to civilian life in the U.S. Quickly nicknamed the G.I. Bill, this law made a wide range of benefits available to qualifying veterans, including low-cost mortgages, low-interest loans to start a business, and help with both tuition costs and living expenses for those who wanted to attend vocational eduction, high school or university. The bill also ensured job seeking veterans one year of unemployment compensation, but less than 20% of the money set aside for this provision was ever paid out, since the returning veterans quickly found employment, started their own business or pursued higher education.

The VA mortgage loan of today has its roots in the low-interest, zero down-payment home loan created by the G.I. Bill. This mortgage loan had more favorable terms for new construction than existing housing, which helped encourage veterans and their families to leave urban apartments in favor of newly constructed suburban single-family houses.

In the early 1970s, the Veterans Housing Act of 1970 removed all termination dates for applying for VA-guaranteed mortgage loans. This law also broadened the definition of a qualifying home to include mobile homes. A few years later, the Veterans Housing Benefits Improvement Act of 1978 further expanded available home-related benefits for veterans.